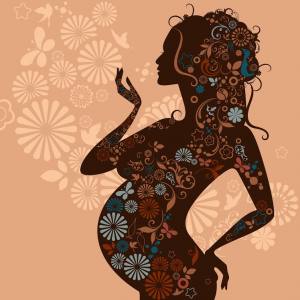 Pre-Birth Acupuncture is a term used to describe a series of acupuncture treatments using a standard set of acupuncture points once a week beginning around the 35th week of gestation.  This accepted practice used commonly in German hospitals prepares a woman’s body for labor, with the emphasis of the treatments focused on preparing the cervix and pelvis for the impending labor.

As an added benefit, seeing women regularly for several weeks prior to labor allows additional points to be added in order to help moms-to-be deal with the complaints common to the late third trimester.  These may include heartburn, insomnia, low back pain, or a posterior positioned fetus.  These acupuncture treatments also benefit the emotional well-being of the mother, as feelings of fear and uncertainty may arise, especially for first time moms as labor looms close.

1974:  A German study by Kubista and Kucera showed that regular pre-birth acupuncture treatments reduced the time that first time moms spent in labor.

The study shows that when measuring from the onset of regular contractions until delivery.  The acupuncture group had a labor time of 6 hours 36 minutes compared to the control group’s average labor time of 8 hours 2 minutes.

In the acupuncture group comparing all caregivers (including midwives, GP’s and specialists) there was an overall 35% reduction in the number of inductions (for women having their first baby this was a 43% reduction) and a 31% reduction in the epidural rate. When comparing midwifery only care there was a 32% reduction in emergency Cesarean delivery and a 9 % increase in normal vaginal births.

There was no statistical difference in the onset of early labor in those women receiving pre-birth acupuncture.

Midwives report that the use of <pre-birth acupuncture> noticeably helps the cervix soften and dilate prior to labor commencing, a desirable outcome and one that is a positive indicator for an efficient labor.

Ms. Betts goes on to say:

Midwives also commented that they had observed a trend in women who received pre-birth treatment to either go into spontaneous labor around their due dates, or, if an induction was required, to respond well to acupuncture treatment for induction and progress efficiently to a natural birth.

If you or someone you know are nearing their 35th week of pregnancy, call today to arrange a series of Pre-Birth Acupuncture Treatments.